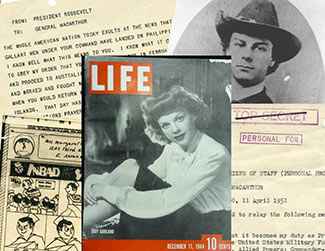 The MacArthur Memorial Archives contains millions of documents, photographs, and maps. The collection ranges from the Civil War to the Korean War. Many of these items make excellent teaching aids and can help reinforce core SOL skills (USI.1a, WHII.1a, VUS.1a).

Need additional resources or topic specific material for a unit you are teaching? These resources are FREE to educators and the staff of the Memorial can arrange special packets upon request - contact Amanda Williams - 757.441.2965 or amanda.williams@norfolk.gov.

Individuals, countries, or other groups are historical actors.  They bring their own unique perspective and interests to every issue they face. An important part of critical thinking is recognizing these perspectives and understanding the motivations of all parties involved in a controversial event.

To facilitate the exploration of historical controversies, the MacArthur Memorial has developed a worksheet to guide students in a critical examination of a controversial event.  This worksheet can be used for any topic - it just requires primary sources.

General MacArthur's career was characterized by triumph and controversy. Using his life and times, students can critically examine a number of controversial events. Below, you will find documents related to the Korean War and the MacArthur/Truman controversy.  More primary source packets will be added in the future. 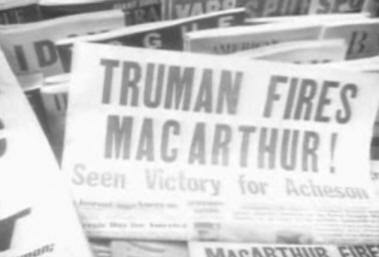 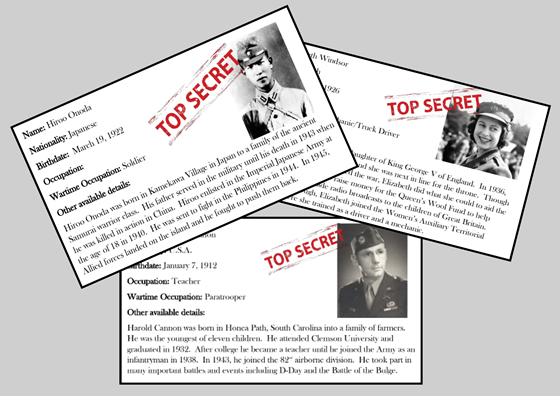 In Their Shoes: World War II Through the Eyes of Participants

This activity encourages students to explore the impact of World War II on individuals on all sides of the conflict. Included in the packet are 32 short biographical profiles of men and women who participated in World War II. The profiles include American, German, British, Soviet, Japanese, French, Italian, and Filipino citizens.  The ultimate fate of each of these citizens is revealed to students at the conclusion of the activity.  This packet also contains a series of primary source documents and critical thinking questions tied to the major events of the war.

Historians estimate that approximately 85 million combatants and non-combatants perished during World War II.  This activity is a great way to help your students understand that figure and get a sense that the war continued to impact people’s lives long after it ended.