Expressions Through Art
Murals are one of the oldest art forms known in the world. They are large paintings that can be found on walls, ceilings, and other large surfaces. They are exemplifying works of art, and remain very highly revered types of artistry. Mainly because of the meaning that is expressed through the art, and the way in which it personifies a particular event. Many of the greatest murals are exhibited in New York, such as the one in the MacArthur Memorial’s collection entitled Liberation of Leyte and the Rebirth of the Republic, which is a wooden relief sculpture. This piece was done by a group of 8 to 14-year-old youths in the Philippines under the direction of Juan Fadual. The original artist is Carlos Francisco, who was given the title of National Artist of the Philippines in 1973.

In 1964 the sculpture was decorating the Philippine Pavilion at the New York World’s Fair, which lasted from April 22, 1964, until October 17, 1965. This was the largest World’s Fair to be held in the United States. 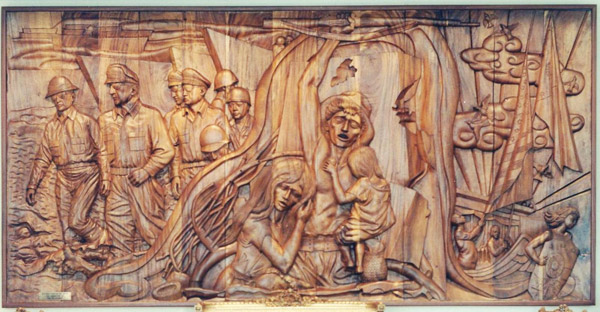 A Worlds Fair
A Worlds Fair is when people from different countries come together to share their art and different products to “promote their homeland.” This event is not at all new and has been going on for many years. However, the type of World’s Fair that exists today is said to have started during the Industrial Revolution. The World’s Fairs were held every five years and the one in New York has been given the recognition as one of the greatest.

The wood relief sculpture was made into 13 different sections contained in one frame. It is made from a type of mahogany called Golden Narra or Teake wood and it illustrates the landing of Gen. MacArthur at Leyte in October 1944, a young Philippine guerrilla and other scenes of Philippine 20th Century history. In December 1965 the Government of the Philippines presented the Memorial with the relief. 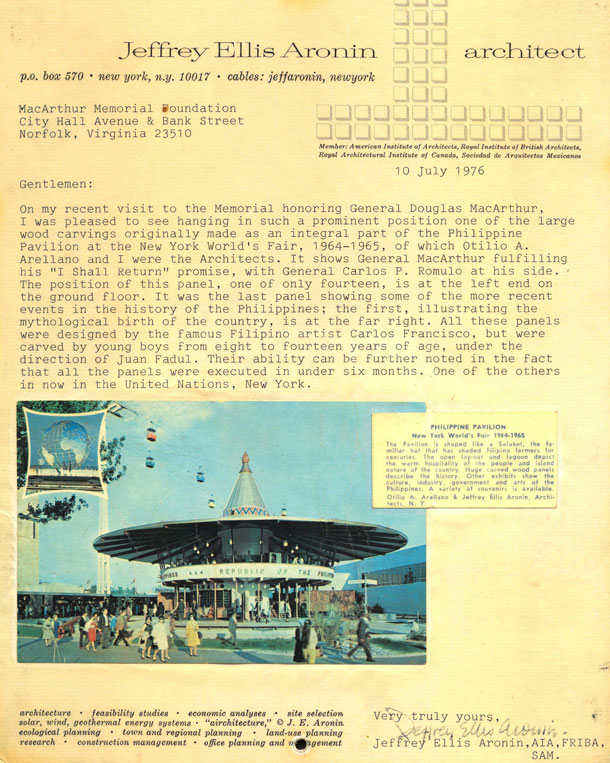